Growth is expected to remain moderate in 2019 and will be mainly linked to the extractive industries (gold, bauxite, aluminium, oil), which accounted for 30% of GDP and 95% of exports in 2017. New sites would maintain the sector's contribution to economic activity. In this regard, Canadian company IamGold, which operates the Gross Rosebel gold mine, has announced a 51% increase in its mineable gold reserves due to the acquisition of a new mine located in Saramacca, scheduled to come into production in 2019. Bauxite mining is also expected to increase by virtue of an agreement between the government and US company Alcoa that would see the company develop its business in exchange for the supply of electrical energy by the public authorities. Investment (47% of GDP) will also channel growth through new public investments, thanks to financial support granted to Staatsolie, the state-owned oil production company (6% of GDP) and Energie Bedrijven Suriname, the state-owned electricity production company (equivalent to 1% of GDP), but also to the development of renewable energy production, with the construction of three solar power plants. The oil sector could attract new foreign investors through production-sharing contracts after legislation was passed in 2018 improving the tax stability clauses included in the agreements signed between Staatsolie and international oil companies.

Inflation is expected to fall due to restrictive monetary policy, but will remain at a high level. To stop inflation from impacting domestic consumption (representing 27% of GDP), the government raised the minimum wage by 37% at the end of 2018 to restore household purchasing power. As a result, private consumption is expected to increase in 2019.

Despite a likely increase in revenues and a consolidation plan, the budget deficit is expected to widen again in 2019. Revenues come mainly from mining (35% of total revenues) and look set to grow on increased gold production. But the government is finding it hard to contain its spending, including subsidies to state-owned enterprises, particularly Staatsolie, and is struggling to improve tax collection. The country had a Stand-by Arrangement with the IMF, which was to provide USD 478 million over two years to support fiscal consolidation, but the agreement was scrapped following fierce protests against the austerity policy in 2017. To replace it, the government announced its own stabilisation plan for 2016/21, which was necessary to secure the support of international donors. However, the planned measures have been postponed, with introduction of a 10% VAT pushed back to an unspecified date. As a result, repeated deficits have increased public debt, whose external share (70%) is further fuelled by Staatsolie’s debt on international markets.

Regarding the external accounts, the current account deficit is expected to narrow due to a larger trade surplus, with total exports of raw gold (80%) increasing with production, while total imports of capital goods (40%) are expected to remain at a constant level. The services and investment income balances are structurally in deficit, but are expected to remain stable, as should remittances from expatriates, which will maintain the transfer surplus. The current account deficit is still largely financed by FDI (2% of GDP in 2017), which is expected to increase in the hydrocarbon sector with the development of oil activity. The abandonment of the US dollar peg in 2016, although accompanied by depreciation of the national currency, made it possible to replenish the foreign exchange reserves, which are expected to continue to increase in 2019 (they stood at about six months of imports in 2017).

President Désiré Bouterse, leader of the National Democratische Partij (NDP), is expected to start the reform programme in order to maintain financial support from international donors. However, President Bouterse's popularity is marred by the ongoing trial in which he and 24 others are charged with the murder of 15 political opponents in 1982. The outcome of the trial could affect political stability and the credibility of the judiciary as regards its independence from the executive branch. President Bouterse is expected to remain in post until his term of office ends in 2020.

Internationally, President Bouterse's relations with the Netherlands and the United States will remain tense. Over the past fifteen years, the former dictator is alleged to have secretly supported drug trafficking and money laundering.

Restricted access to credit, underdeveloped infrastructure and a lack of skilled labour will continue to impact the business environment. 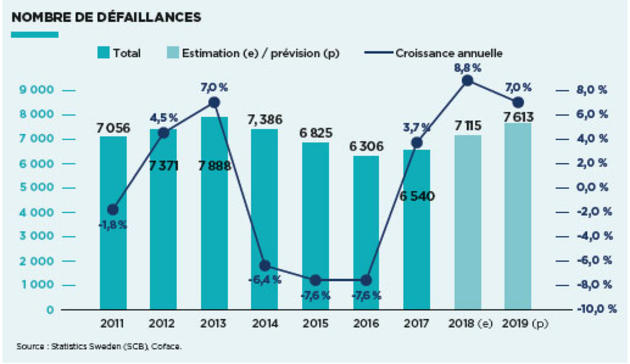